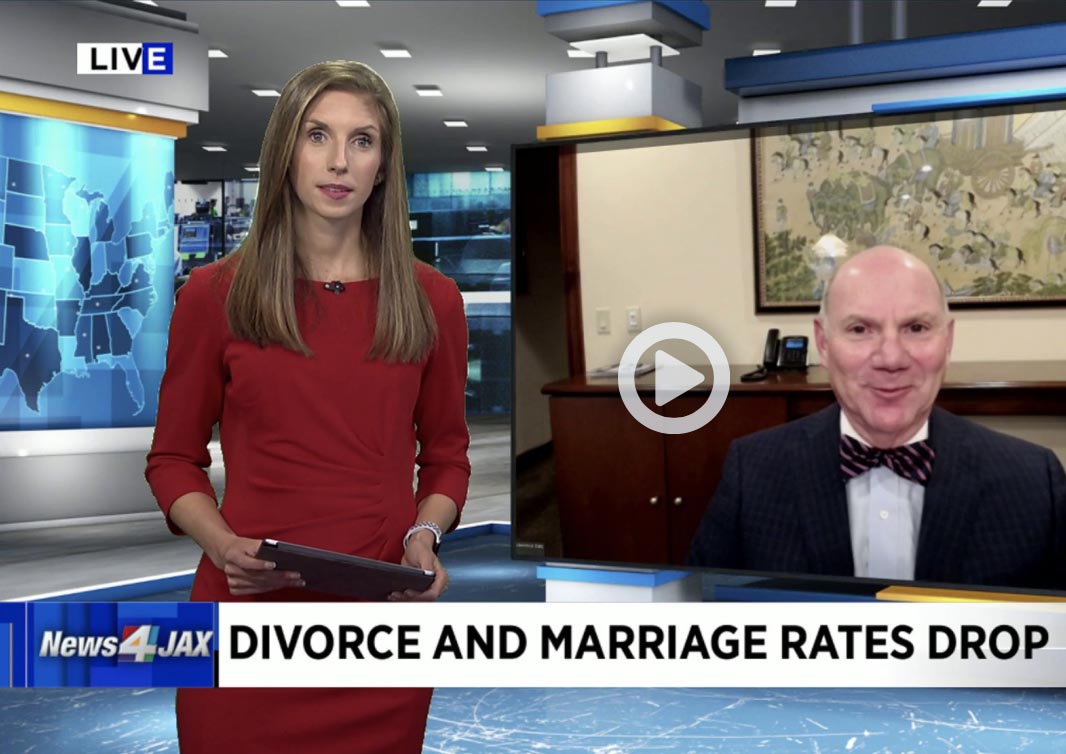 January is often referred to as “the divorce month” among legal circles. This because divorce filings in the U.S. typically surge at the start of each new year. In fact, the number of filings increases by an average of one-third during January each year, according to the American Academy of Matrimonial Lawyers.

This year, however, is unique in that the number of Americans getting divorced plummeted last year, while the marriage rate also dropped as thousands of weddings were postponed or canceled, according to a new study. Local statistics paced national trends with the number of marriage licenses in Duval County dropping from 6,029 in 2019 to just 4,045 last year – a decline of 33%. Local divorces fell 14% from 2019 to 2020.

These trends contradict early predictions that Covid-19 and the stresses of quarantine would cause divorce rates to surge.

Lawrence Datz, a partner at Datz & Datz, P.A., with more than 30 years of family law experience, discussed the normal uptick in divorce rates during the beginning of the year, current trends and tips on making the divorce process easier for both sides and minimizing trauma for children involved. See the clip here.